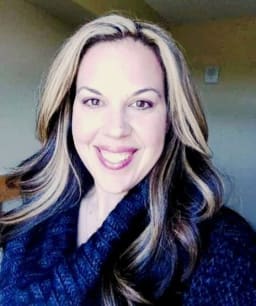 Danielle A Prontka is the lead conductor of the Memorial Orchestra.  This is her 19th year at Memorial.  She has been the Student Council Sponsor and Color Guard instructor and is currently the Fine Arts Department Chair.  Past Positions have included conductor of the Highlands Orchestra and Musical Director for the Virtuosi of Houston.   She began her career playing the violin at age 5, and received a Bachelor of Arts in music performance from Northwestern State University of Louisiana.

Danielle has been a guest conductor, clinician and adjudicator throughout the state of Texas.  She is a member of TMEA, TODA, Mu Omicron, and has served as the Region Orchestra Division Chair, Vice President of Region 27, SBISD String Teacher Liaison, TODA Executive Board Member, and been the presenter in numerous Professional Developments throughout the state.  This past summer serving as the President of TODA, she designed and planned the virtual summer convention.

Danielle is the recipient of numerous awards and accolades including conducting at Chicago’s Symphony Hall and four times in Carnegie Hall.  Last spring, her Orchestra won 2nd placeHer Orchestras have consistently won Sweepstakes at UIL competition.  She is a recipient of the PTA Lifetime Achievement Award and the SBISD Teacher Appreciation Award.  In 2013, Danielle won the Memorial High School Teacher of the year and was names the SBISD District Teacher of the Year. 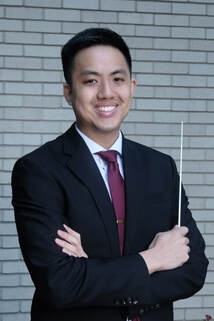 Matthew Chan is a passionate violinist, conductor, and teacher. He obtained his bachelor's degrees in biology and music education at the University of Texas at Austin studying violin with Sandy Yamamoto, where he served as both a teacher and the Assistant Director of the University of Texas String Project under the guidance of string pedagogue Dr. Laurie Scott. He obtained his master's degree in violin performance at University of Wisconsin-Madison studying violin with Dr. Soh-Hyun Altino, where he served as the instructor for String Fundamentals classes and the head conductor of the All-University Strings. He regularly teaches in summer music camps such as the Longhorn Music Camp, the Summer Music Clinic in Madison, and the Sam Houston State University Orchestra Camp.

​Currently, Matthew is in his 5th year of teaching as the Assistant Orchestra Director at Memorial High School, where he also serves as the Region 27 Orchestra Division Chair. Outside of teaching, Mr. Chan keeps active in performing as well. He has subbed for regional orchestras such as the Lacrosse Symphony Orchestra, the Dubuque Symphony Orchestras, and the Texas Chamber Symphony. Currently, he serves as the associate concertmaster of the Houston Civic Symphony, and he regularly performs chamber music recitals as a founding member of the Calba Quartet.
Powered by